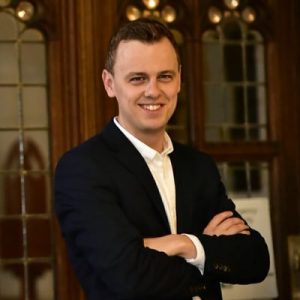 Peter is an elected councillor in the London Borough of Ealing. First elected in 2014, he lives in Southall and represents the area of Southall Green.

Appointed to the Council’s cabinet in 2016, he initially was responsible for the local authority’s work in economic resilience, skills and employment. After coordinating the Labour Party’s winning local manifesto in 2018, he took on the role as cabinet member for housing and planning, as well as a cross council role in overseeing public service reform.

In that role, Peter will lead the Council’s review of its local development scheme and local plan, as well as delivering the Labour Party’s ambition to deliver 2,500 genuinely affordable homes by 2022 as well as chairing the Council’s Local Development Advisory Panel. He stood down from these roles in 2021. He still serves on the Old Oak Park Royal Mayoral Development Corporation Planning Committee.

Professionally, he is a trained town planner, holding an MSc in Urban Regeneration from the Bartlett School of Planning. His background is in politics and public policy, spending time working as a campaign organiser for the Labour Party at local, regional and national elections, as well as for politicians in local government and Westminster. He also spent five years at City Hall working on public health, transport and infrastructure.

Active within the Labour movement, Peter is one of eleven members of the Party’s National Constitutional Committee, it’s senior most disciplinary body, as well as the North West London representative on the London Labour Regional Board. He also serves as National Secretary to the Jewish Labour Movement.